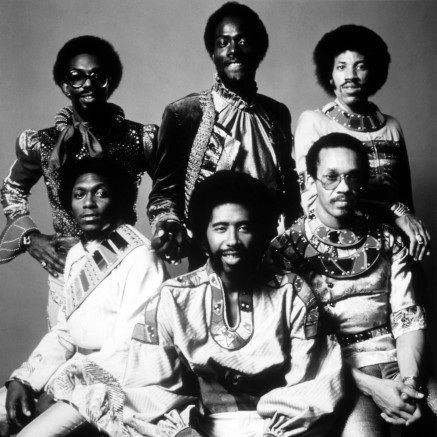 The Commodores is a musical group that was formed in 1968.  With the help of Motown Records, original members Thomas McClary, Walter Orange, Lionel Richie, Milan Williams, William King, and Ronald LaPread gained stardom and are still thriving.[1]  The Commodores became a household name with hits like “Take it from Me,” “Brick House” and “Three Times a Lady.”[2]  The group emerged on the Hollywood scene in 1971, and shortly after, released its first album in 1974.  The Commodores have a legacy of over forty released albums, seven number-one singles and topped the charts with multiple hits.  Since its inception, the Commodores toured the globe and continue to share its mark with the world despite the group’s ever-evolving membership.

The founding members, along with Benjamin Ashburn (their manager), entered into a joint-venture which is controlled by their General Partnership Agreement  (“GPA”).[3]  To better protect their new partnership, the group registered Commodores Entertainment Corporation (“CEC”) as a Nevada corporation.[4]  Most pertinent to this blog is the express language in the section of the CEC’s GPA detailing the use of the group’s name.  The paragraph revealed that: “Upon the death or withdrawal of less than a majority of the Partners, the remaining majority of the Partners shall continue to have the right to use the name THE COMMODORES for any purpose.”[5]  Further, it was understood and agreed upon that notice within the express timeframe would terminate membership.[6]  Additionally, its members understood that upon withdrawal of one partner would not end the partnership now officially known as The Commodores.[7]

In 1979, CEC entered into an Exclusive Artist Production Agreement (hereinafter “EAPA”) with Motown Records to further protect their trademark.[8]  Such safeguards include use of name and limitations on performance (e.g., including how members can perform as “sidemen” etc.)  Most relevant to the current litigation, the members and the group holistically were and are, “joint and not severally, the sole and exclusive owner of all rights in and to the Name.”[9]  Like the General Partnership Agreement, the EAPA with Motown Records included a terminable clause.[10]  The EAPA made it clear that heirs of members do not hold rights to individually use the name the Commodores.[11]  Moreover, if “one or more Members [became] a Leaving Member(s), then the Remaining Member(s) [would] automatically and without notice become (jointly and not severally) the sole and exclusive owner of the rights” to the name.[12]

CEC and Motown created a new contract that “warrant[ed] and represent[ed] that it and [the signee] [were], jointly and not severally, the sole and exclusive owner of all rights in and to the Name” and that “its agreement with the Group provide[d] that no Leaving Member, nor heirs of any member have or will have the right to make any individual use of the Name.” [13]  By this standard, a leaving member was defined as a member who “separate[d] from, and/or ceased to perform with, the remaining Member(s).”[14]

In 1984, McClary ventured out on his own as a solo artist.[15]  McClary released two albums in addition to starting his own record-label.[16]  Throughout these dealings, and over a span of twenty-five (25) years, McClary did not perform with or even as a Commodore again until the early 2000s.[17]  Interestingly, during this timeframe McClary was offered the opportunity to play guitar on multiple occasions with the Commodores which he did not accept.[18]  It was not until 2009 that McClary performed during a show that was marketed using the Commodores mark in New Orleans with former band member, Lionel Richie.[19]  This fact is important to the matter at issue because McClary’s wife advertised this performance as a “Commodores reunion.”

Litigation promptly began due to CEC’s filing of a preliminary injunction with the district court to enjoin McClary from using the mark when he attempted to establish his musical group under the names of “The 2014 Commodores” and “The Commodores Featuring Thomas McClary.”[20]  The issue concerned ownership of the Commodores mark, the name of a famous Grammy Award–winning music band.[21]  McClary, an original member, struck out on his own to pursue his solo career.[22]  Once CEC received notice that McClary was using the mark as well, CEC promptly filed suit against McClary and Fifth Avenue[23]  alleging trademark infringement and trademark dilution among other listed claims. After a lengthy two-week trial, the court granted CEC judgment and transformed the preliminary injunction into an injunction of permanency.[24]  The permanent injunction seized all use of the mark indefinitely, while the preliminary injunction was a temporary halt to the of use of the mark while the case was still in front of the judge.  McClary—as himself and his corporation—appealed this order.

Under common law, obtaining rights commences once a merchant adopts and begins using a given device, brand, and/or product as a trademark.[26]   Once in use, the merchant does not have to take any further steps to protect the mark as rights accrue to the first user (also known as “senior”) automatically.[27]  Majority of senior users commence litigation to protect not only its mark(s), but consumers from confusion as well.  The Federal Circuit sees it as a question of law, while most others see it as a question of fact.  Like the described case below, CEC has an incontestable, registered trademark in the Commodores.

CBS, Inc. v. Liederman, 866 F.Supp. 763 (S.D.N.Y.1994) affirmed, 44 F.3d 174 (2nd Cir. 1995), provides federal district courts with the authority to determine the likelihood of confusion in trademark infringement litigation(s).[28]  The court found that it is well-settled that CBS has an incontestable, registered trademark of CBS Television City.[29]  The television network brought action against restaurant owners, alleging trademark infringement, unfair competition and trademark dilution in connection with owners’ use of name Television City for its restaurant.[30]  Deriving an eight-factor test, the court held that the network failed to show the restaurant’s use of the mark Television City would create a likelihood of confusion.[31]  The factors—none of which are dispositive by themselves—are: (1) strength of the mark; (2) similarity of the plaintiff’s and the defendant’s marks; (3) proximity; (4) bridging the gap; (5) actual confusion; (6) bad faith of the junior user; (7) the quality of the junior user’s product; and (8) sophistication of consumers.

Using the enumerated factors from the aforementioned case—the Eleventh Circuit’s analysis can be reduced to the strength of the mark, similarity of the plaintiff’s and the defendant’s marks, actual confusion, and bad faith of the junior user, which were the factors largely contested by McClary.

As to the first and second factors, and as a matter of law, the Eleventh Circuit identified the different legal bases grounding likelihood of confusion determinations under common law and the Lanham Act.  Regarding the Lanham Act, “marks are legally protected to avoid confusion between a legitimate good and one claiming to be that same good.”[32]  On the other hand, common law “trademark rights are appropriated only through actual prior use in commerce.”[33]  Per Crystal Ent. & Filmworks, Inc. v. Jurado, 643 F.3d 1313 (11th Cir. 2011), a court’s determination on the issue of likelihood of confusion may be preclusive when “[e]vidence showing, first, adoption, and second, use in a way sufficiently public to identify or distinguish the marked goods in an appropriate segment of the public mind as those of the adopter of the mark,” as if the court is deciding the same likelihood of confusion issue as a court in infringement litigation.[34]

Applying this law, the court found issue preclusion appropriate because McClary and CEC used the mark Commodores substantially the same.  Each party used their mark for their recognition for musical artistry.  The court did not find McClary’s argument persuasive that he could use the mark separate from the group.  The court found that the mark Commodores was owned by the group as a whole.[35]  Moreover, per the contract McClary signed, it was expressly stated that the mark resides with the group without a court even needing to dive into mark association, prior use, etc.  It is here that the court highlighted that the marks were commercially being used in the infantile stages of the group’s performances and recordings as the Commodores.[36]  The court noted that “the evidence established that members of the targeted public actually associated the mark with the product to which it was affixed;” when “the mark served to identify the source of the product;” and when “other potential users of the mark had notice that the mark was in use in connection with the product.”[37]  Each of these distinctions, the court reasoned, assisted with the public association of the mark with the group—and not with McClary nor any other member (present and/or former) individually.  Thus, since CEC was the first to utilize the mark and have public recognition—as a matter of law—CEC acquired exclusive rights to the mark as well.

Regarding the fifth factor, it is well-settled that if a plaintiff has actual evidence of confusion among consumers then this makes for a stronger argument in infringement litigation.  The court alluded to circumstantial evidence of actual confusion on behalf of consumers.  The court detailed McClary’s usage of the mark around the time the remaining group used the mark, signifying an overlap of performances and appearances which alludes to actual confusion lumbering between consumers.  Based on the holdings, the court assumes a certain level of sophistication of consumers and their ability (or lack thereof) to distinguish the marks between the group and McClary independently. Therefore, the court found the public associates the Commodores mark with the group, not an individual member.[38]

Finding common law rights for the group, the court reasoned that McClary was put on substantial notice that the mark was associated with the group by providing a material showing for which the group is identifiable (e.g., hit records, opening for the Jackson 5, etc.).  The court easily determined that CEC had initial adoption and prior use in commerce long before McClary ventured out on his own as a solo artist.  By determining these factors are satisfied under common law, the court rightfully concluded that: (1) common-law trademark existed in name of musical group; (2) ownership of common-law trademark in the Commodores mark did not stay with McClary after he left group; and (3) despite McClary not officially withdrawing from the Commodores per the GPA, McClary still did not have a right to use the mark.[39]

[1] It must also be noted that three other members can be credited as part of the “original” Commodores.

[2] See the official site of the Commodores (access here: http://www.commodoreslive.com/).